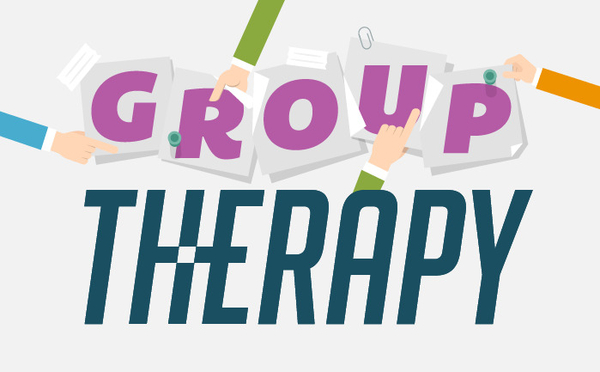 Moreover, interpersonal, group therapy can have distinct therapeutic tendencies of LGBT individuals as well that have access to residential addiction treatment, one such advantage is that provide it provides a safe space for LGBT individuals where they can accurately identify and share their feelings with others who have had similar experiences. Additionally, group therapy offers our LGBT clients space to openly describe, explore, and understand the unique experiences they've to especially face as a minority in society.

Yalom's study of group therapy alongside advancements in it led him to identify eleven factors that lead to significant behavioral changes in group members; he believed that group therapy produced specific dynamics that promote the psychological well being of the client while challenging the therapist. Group therapists are responsible for fostering a culture of cohesiveness, support, and integration. The interaction between the group members with each other increases the tendency for positive behavioral change, and the therapist's role is to facilitate the experience of each client towards positivity.

Cohesion
Cohesiveness. The emotional attachment between group members due to relating to similar experience results in increased cohesion in the group (Yalom & Leszcz, 2005). Cohesion refers to the feeling of safety that allows the group members to participate in the collective group activities which allow for a sense of belonging and acceptance, and the desire to form purposeful relationships (Yalom & Leszcz, 2005).

The LGBT population is often described as a community, however many have yet to experience the true meaning of community. Since many direct themselves towards substance abuse due to the feeling of exclusion from the society, if that feeling is promoted within the group members it can bring about significant change in the behavioral aspects of group members.

Universality
Universality promotes the therapeutic benefit of relating to others in reference to similar thoughts, emotions, and experiences (Yalom & Leszcz, 2005). As each member imparts information based on their personal experiences, this can reduce the feeling of loneliness that many LGBT individuals struggle with while increasing empathy between the members alongside as well. For much of the LGBTQ+ who struggle with chemical dependency and for whom isolation and secrecy have been especially pervasive in the groups, the impact of universality can be particularly therapeutic (Yalom & Leszcz, 2005).

Imparting of information
An LGBT individual sharing personal experiences can be of advantage to other members in overall enhancing the therapeutic factor, especially for those who may consider themselves to be a liability for others (Yalom & Leszcz, 2005).
Imitative Behaviors


Mutual sharing of personal experiences can bring about an increase in positive feelings resulting in improved self-esteem for an LGBT person to simultaneously reflect on their own learning and impart their learning to other members of the group. Personal experiences can prove to be motivational for other members who might currently be struggling with identity and sexuality problems which can lead to substance abuse. The mutual sharing of experiences can bring positive energy to the group environment while helping in the promotion of positive behavioral change as well (Yalom, 1995).

Development of Socializing Techniques
Many of the LGBT individuals that have acquired residential treatment for substance dependency often lack adequate socializing techniques when fully sober. This is especially true for homosexual and bisexual individuals in the community. Interpersonal group therapy uses the facility of a group experience to cater to positive relationships between members without the help of any substance. As each group member engages in peer relationships, learning of socializing techniques within the members is increased which aids in reducing the effects of the isolation factor experienced by LGBT individuals. Later on, the individual will gradually start incorporating the learned socializing techniques they practiced in group therapy in their practical life as well (Yalom, 1995).

Imitative Behaviors
In an LGBT treatment facility, it is equally important that the therapist facilitating group therapy should be an LGBT individual as well. Since the therapist plays an important role in the group therapy, he/she must be sensitive to the experiences of the group members; LGBT clients will often look towards their therapist as a role model for reinforcement of positive LGBT affirmative behaviors as they continue to learn within the group environment. Clients within the group can also learn simultaneously by proving to be a positive role model while dealing with complex issues. The process of positive role-modeling can be particularly significant in supporting members to learn advanced methods of managing complex emotions without the use of substances. Furthermore, it supports members in healing from traumatic experiences that have previously led to negative behavior, while promoting new relationships that cultivate positive change. The group becomes an active space for the enforcement and reinforcement of positive behavioral patterns, which fosters insight and change (Yalom, 1995).

Interpersonal Learning
Interpersonal learning fosters a space for members to develop new skills related to relationship management. Interpersonal learning represents the ability of group members to learn from others by having one's assumptions challenged in a safe and therapeutic setting. This is significant for many members of the LGBT population who previously have not had the opportunity to open up in a safe environment alongside other members of the LGBT community that encourage affirmation and positive feedback, this in itself can be a powerful cathartic mechanism of change.

Catharsis
Often described as the "emotional purge," catharsis is the intense breakthrough of emotional expressions that can take place during group sessions (Yalom & Leszcz, 2005). For many included in the LGBT demographic, the group therapy will possibly be the first time that they feel safe enough to express themselves without any fear through interaction with other members. This can help gain insight as to how each individual responds to an intense surge of emotions due to prior traumas, while gradually producing a positive change in their response. This process happens more easily in a mature group that has cohesion. However, this can activity can be triggering for a few and even create a potential for relapse, which if not done in the safely with a qualified therapist can be detrimental to persons going through recovery.

Instillation of hope
Many LGBT clients often come in to treatment when experiencing feelings of hopelessness and lack of purpose and meaning in their life. The interpersonal, group therapy in a specialized LGBT addiction group can once again foster that sense of hope due to being around people with similar experiences. Through regular observation of behavior change in fellow group members, while at the same time having their own changes affirmed by the peers in the group, there is an increase in the tendency of positive change in the individual regarding hopefulness. However, it should be understood that LGBT individuals have constantly struggled through shame-induced trauma in the past, which is why the facilitator should ensure a positive group environment with zero tolerance policies on shaming.

Corrective re-enactment of the primary family group
Several individuals of the LGBT population have experienced rejection from their family and blood-relatives due to their identity and/or sexuality. Furthermore, they have experienced significant physical and emotional abuse leading to PTSD (Post Traumatic Stress Disorder) alongside shame and societal stigma. Interpersonal group therapy highlights insight into maladaptive behavior patterns and issues (Yalom & Leszcz, 2005). The LGBT client can both consciously and unconsciously relate to another person of the family origin or a former perpetrator that was abusive or shaming to them. In this process, the group facilitator can illuminate their behavioral tendencies and explore new ways as methods for coping mechanisms to adapt to a shameful or traumatic response. During this process, the group member can mimic a sibling or a perpetrator of abuse. This transference and countertransference activity can also include group facilitator.

Existential Factors
Existential factors of loss, abuse, and death are often factors inducing significant pain for an individual in the LGBT Community. Many have experienced traumatic abuse and stigmatization, while others have experienced the trauma of the HIV-AIDS pandemic often leaving them with survivors' guilt in the aftermath of the event.

The time-limited group experience brings these issues to the forefront and allows members to indulge in them openly in a safe environment. Their time spent In treatment represents loss, but also increases motivation in the members while many members face various challenges and complexities after ending their treatment, but they can always receive support from group members by staying in touch rather than resorting to old patterns of substance abuse.

Time itself represents loss, but also serves as a motivator as the members end each group session with a different experience. As they become more aware of the frustrations and limitations of daily life, clients can receive support from the group in accepting "life on life's terms" instead of their past patterns of escape.

Altruism
Imparting knowledge that you've learned throughout the process to others in need is known as altruism. Altruism is an important part of the therapeutic process for LGBT individuals as they first learn for themselves and then realize the importance of imparting that information to others. LGBT clients that struggle with mental health will often get caught in their own intrinsic world of pain and hopelessness that they struggle to have empathy and reach out to others that are also in need of help. Interpersonal group therapy offers support to group members and increase awareness within group members. As a group facilitator, it is important to highlight altruistic moves on the part of the peers in group sessions with an affirmative statement. This is so that group members understand that they are contributing something of value to their peers, and their own self-esteem promotes positive change and self-efficacy in the individuals.

Twin Rivers is based on a therapeutic community model that creates a safe environment to dwell deeper into the healing process. The interpersonal, group therapy is a vital component of the treatment where clients can correct interpersonal distortion, and again rejuvenate a sense of self-actualization, purpose, and hope while believing in the advancement towards recovery.