Is chemsex the same as sex addiction?

The question above is crucial to our discourse because of the generic assumptions that anyone who practices Chemsex also has a sex addiction problem. Chemsex is often conceptualized as sex addiction by some clinicians who will often use the Patrick Carnes model of sex addiction to treat Chemsex dependency.

More so, there are similarities between both formulations has both dependencies make an individual hypersexual in their behavior. The risk levels for both practices are high as both share an inability to see the link between actions and consequences (Stuart Fenton, 2019)

Despite the relationship between the behaviors of a person who is a sex addict and a person who is Chemsex dependent, there is still a difference between both consepsulizations. For example, someone who participates in Chemsex requires drugs to facilitate or enhance his sexual experiences. The person needs drugs to get high, which in turn stimulates sexual arousal.

However, if the person is addicted to sex, he will still struggle with hypersexual compulsive patterns of behaviour with or without the drugs. There is a contraindication with the application of Patrick Carnes's sex addiction model to the Chemsex demographic. Gay men have been historically stigmatized for their sexual practices, and as a therapist it is important to use a sex positive approach in helping them.

Many of the men who come into treatment vocally assert the need to enjoy a fun and sober sex life that they choose, so the therapist's role is to support the person in cultivating the healthy, safe and sober way of having sexual intimacy.

Chemsex does present different challenges: it requires specialized knowledge from an experienced clinician who understands the intricacies of the issue and is sex-positive in their approach. It needs to be free from any stigma or judgment of a person's sexualized Chemsex behaviour, while also being open-minded and accepting of a person's sexual preference.

Therefore, the role of a Chemsex clinician is not to judge what they think a person's sexual preference should look like, but to affirm and define what type of drug-free sex life a person would like to cultivate. This process is often a grieving one that a person will go through in the early days of recovery from Chemsex. Many of the men fear that they will never have a full and rewarding sex life again, but many of the men who have been through the R12 chemsex treatment program are now enjoying a joyful sense of sexual intimacy.

Yes, it will be different, but sex after recovery from Chemsex has often been described has a more authentic experience of connection filled with pleasure that is free from shame. Now the fact is that many of the men may have a chemical addiction and a problematic sexual behaviour that mimics sexual addiction, but that doesn't mean it is sexual addiction.

It would be naïve also to think that some people who do Chemsex are not sex addicts (yes, some of them are), but a proper diagnosis is required by using sex addiction screening test (SAST). This kind of test should be done on a persons experience when they were not under the influence of Chemicals. It is also crucial to distinguish both concepts.

While researching, we discovered that for a majority of gay men that came through our chemsex program did not have compulsive sexual behaviour until they started using stimulants. The stimulants created hypersexual arousal in most of the men, but once they are drug free, they develop a healthy sexual desire that is not labelled an "Addiction."

The need for sex is primal and needed in the same way that we need food and water for survival. However, this can create some complications in early recovery for someone who has Chemsex dependency: the desire for sexual intimacy can generate a craving for drugs, because both are fused has one.

Often a therapist will conceptualize chemsex behaviors in gay-bisexual men has having had both sex addiction and drug addiction. The person may have chemical addiction or problematic drug use and problematic sexual behavior but not sex addiction. Sex addiction, treatment should be offered to a Chemsex user only after they have completed a sex addiction screening test (SAST) and having managed some distance from their drug use. Therapists and clients can then check if their libido returns to normal without drugs being an influence.

Another way to ascertain if a gay/bisexual man is a sex addict is to ask them to describe their sexual behavior before starting using drugs. A majority of gay and bisexual men in treatment state they did not have a hypersexual routine until they began using hyper arousing drugs such has Crystal Meth and GHB, Cocaine, and Mephedrone.

Once it is clear that Chemsex is the primary dependency and a person has not been identified as being sexually addicted, then the approach begins. The method still includes the client, creating boundaries around their sexual behavior, during psychotherapy sessions and seeking out underlying issues while learning both CBT and DBT skills for distress tolerance and self-regulation.

Many are still happy to engage with 12 step groups and other support groups that focus on drug abstinence. But with gay/bisexual men, the focus is more on chemical abstinence than the sex/love groups because they find that if they stay away from drugs, they can gain control over their sexual urges without feeling inclined to act out sexually the way they did on Meth or GHB.

Some engage with SLAA and SAA, and some don't. From our observation, most need to remain abstinent when from both sex and dating for a minimum of 3-6 months. This abstinence ensures the separation of the fusion between drugs and sex such that one no longer triggers the other. This gives them the best chance to minimize the triggers in their first year of recovery.

These differences may seem minimal, but the therapist must understand the differences between both conditions. Both require cultural competence, especially for the Chemsex cohorts. This is because we need to become sensitive and understand the repression and marginalization of gay men and their sexual expression, which is often not a factor with heterosexual men.

Many interventions offered to the Chemsex cohort may be the same as those provided to the sex addicts. However, for them to be considered and taken on board, they must be provided with knowledge and understanding of what beliefs, values, and experiences that gay and bisexual men bring with them. Otherwise, applying an abstinence-only — Carnes model will not work. 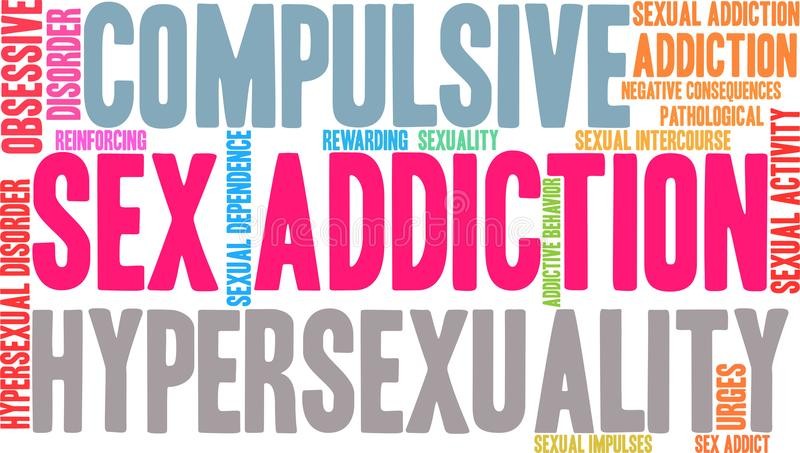