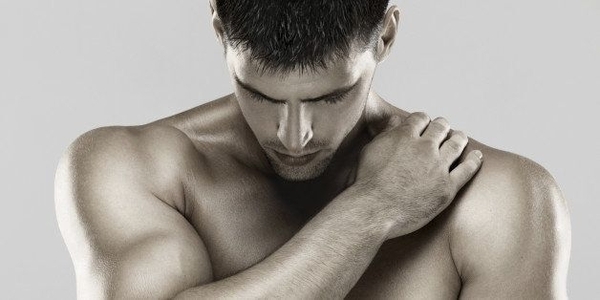 Similarities and the differences of stimulant Induced hypersexual behaviour's in Homosexual and Heterosexual men.

There is a lot documentation about Chemsex for men who have sex with men but do we focus enough on the heterosexual Male counterparts that present with a sex-drug fusion?

In addiction treatment many of the heterosexual men that we see will not talk about their drug induced sexual behaviour's for fear judgement from their fellow peers or their own internalized shame that is attached to their stimulant fuelled behaviours.

Men who have sex with men

Men who have sex with men (MSM) that identify as straight/heterosexual are frequently grouped into a general and in discriminant category based solely on their sexual behaviour. Though from a purely epidemiological view such an approach may be justified, it strips cultural context from these men's risky sexual behaviour. Simultaneously and conversely, clinical professionals may be underestimating the importance of screening for risky behaviour among men who report an ostensibly less-than-risky identity. The present article discusses literature on sexual identity and sexual behaviour as it pertains to straight-identifying MSM. Themes of holistic sexuality and social determinants of health are presented as considerable adjuncts to present conceptualizations of the lived experiences of these men. Recommendations are provided for public health researchers and for health clinicians to better integrate the understanding of identity, behaviour, and their intersection (Zeglin, RJ,2019). Often when a small percentage men take stimulant drugs it can induce homosexual fantasies and behaviours.

An interesting phenomenon noted many years ago, but rarely discussed in the literature, is the ability of cocaine to stimulate homosexual fantasies and engender homosexual behaviour's in men who identify themselves as heterosexual.

After the drug high wears off, many of these men report feelings of shame about their homosexual behaviour, especially those who have no history of homosexual desires or fantasies in the absence of cocaine use.

Many experience intense feelings of shame, guilt, and sometimes troubling thoughts that their behaviours under the influence of cocaine may be unmasking suppressed homosexuality or bisexuality that is otherwise out of conscious awareness. In extreme cases, these reactions may trigger suicidal ideation and/or self-injurious behaviours

Chemsex is a term that is now being used to describe anyone who acts out hypersexual behaviours on drugs, however, the term chemsex must be specific to men who have sex with men that use specifics drugs to enhance facilitate a sexual experience with other men.

Not all sexualized substance use is chemsex.

Chemsex is a word invented on geo-sexual networking apps by gay men (and adopted by the gay men's health sector) that defines an intimate of specific behaviours associated with specific recreational drugs and is particular to a specific, high-risk population. Though the media spotlight may have distorted the term to define the use of any drugs in sexual contexts by any population, chemsex refers to the use of any combination of drugs that includes crystal methamphetamine, mephedrone, and/or gamma-hydroxybutyrate (GHB)/gammabutyrolactone (GBL), used before or during sex by men who have sex with men (MSM). These drugs provide users with particular sexual disinhibition, appetite, and duration that set them apart from previously favoured recreational drugs (such as ecstasy, cocaine, marijuana, and alcohol), which never manifested the amount of sexual-related harm/infections, injecting harms, deaths, addictions or lifestyle deterioration as these modern-day drugs have amongst modern gay communities. Chemsex is less of a traditional sex and drug issue than it is an issue related to the use of changing technologies, easy availability of certain recreational drugs via these technologies, and adopted by a small, international but very sexually active cohort of men who are considerably more likely to contract HIV through this behavior than their non-MSM counterparts (due to high prevalence within that population and the higher number of partners that can be facilitated by the drugs and apps). Chemsex is also defined by its association with some cultural idiosyncrasies unique to gay cultures that may complicate sex for gay men. These can include early experiences of gay sex and 'coming out' issues, sexualized gay scenes and media, definitions of gay sexual liberation, societal and internalized homophobia, and concepts of risk, fear, and stigma born of a 30-year HIV epidemic. It is important that the health sector remains vigilant in providing care for anyone using drugs or alcohol for sex, but also that a particular focus is given to MSM using these drugs in this context as this represents a particular challenge to public health and communities, and some redesigning of how support services function. It is this unique set of harms and motivations that led clinicians to call for chemsex to be considered a public health priority in 2015. (https://www.davidstuart.org,2015)

Chemsex addiction is a fused dual dependency of sex and drugs. This has become a public health priority in most major city's throughout the world. It requires specialized care from drug and alcohol services and sexual health services that work in partnership to reduce the harms associated with a person that is engaging in problematic Chemsex.

Chemsex drugs change how you feel and behave. When you mix them with sex you increase your risk of HIV and Sexually transmitted infections in several ways.

With fewer physical inhibitions a person is less likely to use condoms, even if you intended to beforehand.

They may not remember what you've done and whether you used condoms.

During a long session, a person might forget to take your pre exposure prophylaxis (PEP) medication, making you more vulnerable to HIV if they are not using condoms.

If they are living with HIV, they might forget to take your HIV medication, which helps keeps you undetectable and prevents you from passing HIV onto your partners.

They may have sex with strangers (such as people you've hooked up with through social media or the internet) and you may have sex with multiple partners. This increases your chances of exposure to HIV and other STIs.

If you have a particularly long sex session you may not think about accessing emergency post- exposure prophylaxis treatment to prevent HIV transmission until it is too late. PEP only works if it is taken within 72 hours of infection.

You may inject mephedrone or crystal meth with shared needles (otherwise known as slamming), increasing your risk of both HIV and hepatitis C infection. (www.avert.org)

The drugs used in chemsex also have other health risks. It is easy to take too much GHB. This can cause you to 'pass out, leaving you more vulnerable to sexual assault. Whatever the circumstances, and whatever drugs you have taken, remember that sexual assault is never acceptable and is never your fault.

Chemsex drugs change how you feel, sometimes in unwanted ways. They can make you confused, paranoid, or frightened, and in some cases you can lose touch with reality and have very convincing hallucinations.

It is also common for people to have a 'comedown' after a chemsex session where they feel depressed or low. Certain anti-HIV drugs have been known to interact badly with chemsex drugs. In particular, there have been cases of deaths resulting from interactions between ritonavir and crystal meth.

Studies indicate that approximately 40-50% of male stimulant users and 20-30% experience aphrodisiac effects from cocaine or methamphetamine. Reasons for this gender discrepancy are unknown. Once the link between sex and stimulant drug abuse and dependence has been established, sexual activity of any kind can become a strong relapse trigger for stimulant use.

Similarly, stimulant use can trigger a return to drug-related hypersexual behaviour's. It can be very hard to break out of this "reciprocal relapse" pattern in which one addictive behaviour reliably leads to engaging in the other behaviour. Many stimulant users try to stop using the drug without discontinuing their previously drug-related sexual escapades — an effort likely to fail because of the extraordinarily powerful conditioned associations that develop between drug use and sex.

Individuals who have acted out sexually under the influence of stimulant drugs often feel extremely embarrassed, guilty, and reluctant to discuss it without the sensitive prompting of a knowledgeable and non-judgmental addiction specialist. Even then, these sensitive issues may require time in addiction treatment before the individual is willing to have an open dialogue about drug-related sexual behaviour's. An assessment questionnaire can help to identify the extent of the connection between drug use and sexual behaviour.

Sexual behaviour in the context of substance use is a growing area of scientific focus due to its role as a potential risk factor for the transmission of HIV and other sexually transmitted infections (STI). Substance users may engage in a wide range of risky behaviour's such as trading sex for drugs or money, vaginal and anal intercourse without condoms, or sex with multiple partners. Despite the increasing prevalence of HIV and STIs among heterosexual substance users, research typically focuses on men who have sex with men (MSM), and MSM who are injection drug users (IDUs). However, 23% of new HIV cases between 1994 and 2000 were heterosexual IDUs. Knowledge of the relationship between sex and drugs, particularly for heterosexual men in treatment, is lacking.

The majority of men in substance abuse treatment had combined sex and drugs over the past 90 days, and nearly 40% had been under the influence at their most recent event, believing the substances improved the sexual experience. Combining sex and drugs was associated with an increased risk for sexual behaviours likely to spread HIV/STI. Nearly three-quarters of men were tempted in the prior 90 days to use drugs to enhance the sexual experience or increase the likelihood of sex. It appears, therefore, that sex is a strong relapse trigger for a variety of substances, not simply for stimulants. Patients might therefore benefit from interventions that focus on the interplay between sexual behaviour and substance use. Future research endeavours might focus on the development and evaluation of such interventions.

Having explored that heterosexual men plus men who sex with men demographics. There are many similarities such as sexual risk-taking as well as increased risk to a person's sexual health. However, it is important to differentiate Chemsex amongst the gay, bisexual, and MSM demographic this is mainly due to cultural differences.

The term chemsex is specific to the gay and bisexual MSM community. However, stimulant-induced hyper sexuality disorder can be termed for our heterosexual counterparts.

Often professional ask me can we treat gay and bisexual men together with heterosexual men in abstinent based residential treatment? "My answer to this is the preference would be to have Chemsex specific groups for the men who have sex with men and a separate one for the heterosexual male demographic". However In reality, there are not enough LGBT specific abstinent based treatment facilities or recourses to provide this presently.

"So the answer is yes from a psychoeducational perspective, for relapse prevention and harm reduction around sexual health risk. This would also include supporting both in cultivating a sober sex life while also working on reducing the shame experienced by both demographics."

"As a professional addiction counsellor one of my mains goals is to reduce the harms associated with Chemically induced hypersexual dependence, while also supporting a person in maintaining positive sexual health"

"Clients that are seeking abstinence from Chemsex or stimulant-induced sexual behaviour. my goal is to equip them with the necessary tools and recourses to achieve a life of sobriety while at the same time supporting each individual in cultivating a sober sex life of their choosing, that is free from judgment, stigma or shame'.

"When intensive residential treatment is needed, I refer to my partner rehab Twin Rivers in South Africa where specialized addiction treatment will be provided".
.